I have finally begun to master holding a handstand in yoga class. I’ve been trying to do this for years.

The moment I began to make progress was when I stopped trying to do it against a wall. The wall is great because it’s there as support, but it doesn’t push you to hold it on your own. It wasn’t until I began practicing handstands in the middle of the room that I began to feel what it takes to balance and hold it.

Photo from a yoga retreat I went to in Nicaragua. 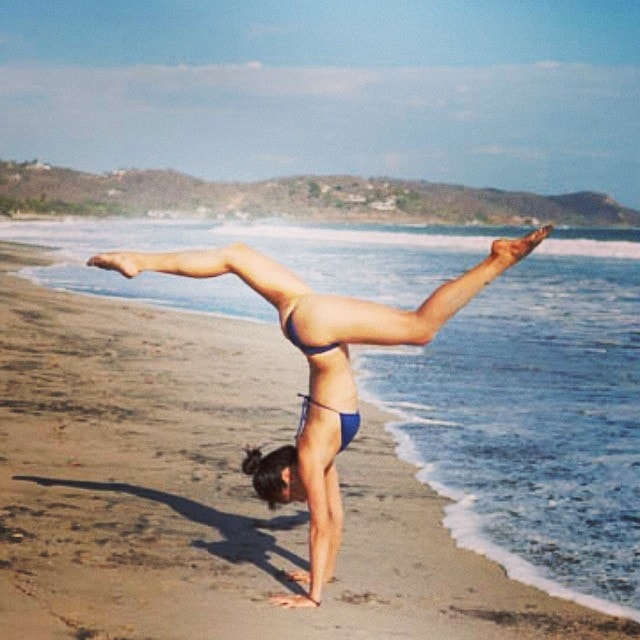 The times in my life when I have really progressed was when I got rid of my safety net.

My photography career skyrocketed when I decided to quit my side job. I was a hostess at a restaurant in Beverly Hills making extra money in case I didn’t book enough photo gigs. It was a blessing but after a while it also became comfortable. I asked myself, “Do I really need this job?.” After quitting and have the roughest financial summer of my life (cheers to top ramen dinners every night), I realized I didn’t need it. My photography career took off and it became my full-time career. I did what I had to do to make it work.

It’s scary to let go of your net because if you fall, you fall much harder. But falling harder will make you stronger too.

I feel really cool that I can do a handstand now. 🙂

The Day I Met My Nephew

How I Bettered My Life With Personal Growth