I received a text. “Hey. Can you call me when you wake up?”

I called. My girl friend told me she received an email from the guy she had been seeing. It basically said that he didn’t feel the same.

As she went into details, her voice began to crack.

My heart sank. No matter how many times you experience something like that, the feelings of rejection and disappointment never disappear.

I tried to play therapist and asked what she was feeling besides shocked. Then I responded with a positive. “At least he was honest and told you early on. He’s a good person for not wasting your time.”

She said, “I know. I just needed to vent. Thanks for listening.” 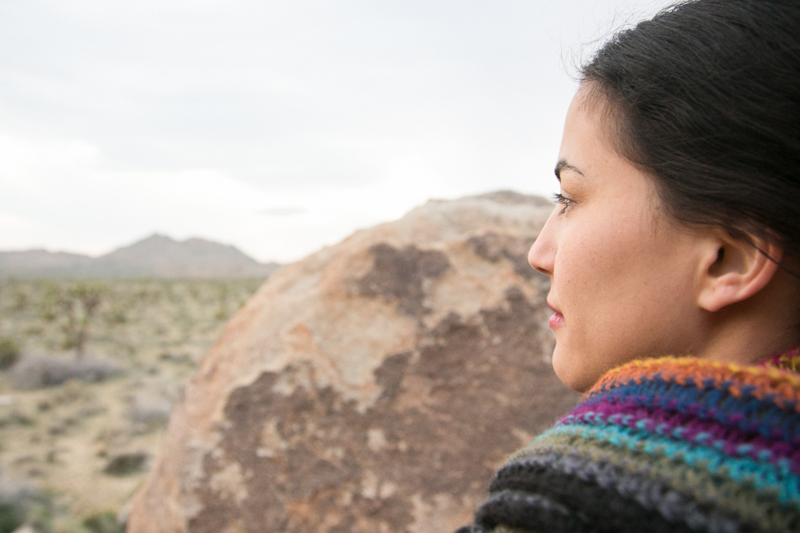 I saw her later that night – we had committed to attend a friend’s party. I had seen her 2 days prior but we were still happy to see each other. Big hug.

As others were holding their wine glasses chatting, laughing, and catching up, I sat next to her on a bean bag. She didn’t say anything. I sipped my wine because I felt awkward. I couldn’t think of anything to say that I hadn’t said already, so I just sat there.

5 minutes went by. Eventually we mingled and caught up with the rest of our friends.

The next morning she left me a voicemail. She said, “Thank you for sitting with me on the bean bag last night. Just knowing that you knew how I felt made me feel better.”

Sometimes (all the time, actually), I feel the need to give people advice or say something that I think will make them feel better. I’ve led myself to believe that this is what people need.

This is not true. Many times, people simply need you to provide a space to let them be.

Desert Getaway with My Besties: Girls Weekend in Joshua Tree

Don’t Be Everything to Everyone: How to Pick Your Photography Niche