I was learning archery on CreativeLIVE with Tim Ferriss.  I thought I would feel all Hunger Games cool, but really I felt like Hunger Games crap.

Am I doing this right? What if I look bad? What if everyone learns how to hit the target and I’m the one who doesn’t?

My thoughts translated into reality. I was so concerned with doing it right that I wasn’t present. I kept missing.

Now it was up to me. John Jackson, the instructor, gave specific pointers and insisted that I was going to get it. That made me feel more nervous and stupid. But what if I don’t get it? Are you going to be mad at me?

They were filming a show. The clock was ticking. I had one more try. It was do or die. 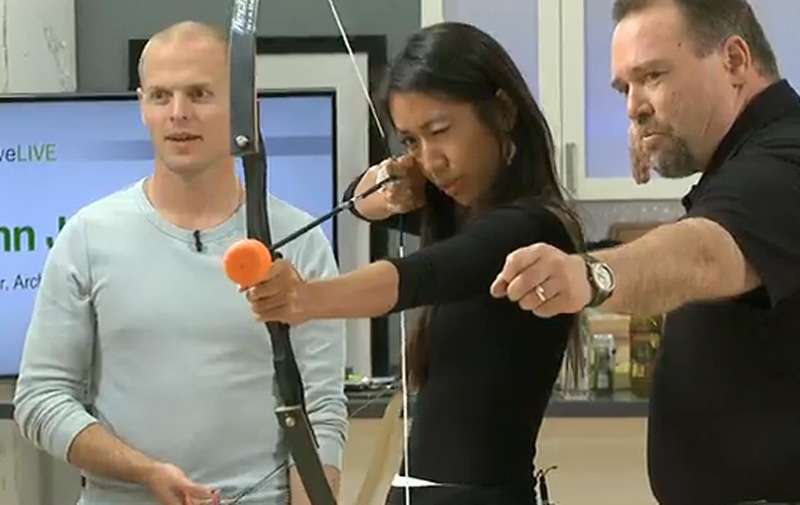 Finally I decided to let go. I knew I was in my head. The thoughts that were coming in were the 5-year old me who got scolded by my mom (on camera) when she told me that I sung the lyrics to a song wrong. From that moment I was always afraid that I would do something wrong, get in trouble for it, and be ashamed.

Deep breath in. Don’t think, just shoot the arrow. In the end, it doesn’t matter if you hit the target.

I pulled back the arrow, didn’t think, and let go.

Friendship Is Greater Than Romance: Love Your Friends In Good Times and Bad